Martin Muhoro, an artist in residence at Muchatha. WAKANYOTE
By Margaretta wa Gacheru  (email the author)


Out in Muchatha, one of Nairobi’s peri-urban villages situated a few kilometres from the United Nations headquarters, a group of artists are working on the front garden of an old hand in the game, Wakanyote Njuguna, to create one of the most inventive experiments in artistic expression in Kenya.
Share This Story
6Share

Since March last year, the team composed of fine artists, painters, and sculptors has been at Wakanyote’s almost every day of the week — creating a large variety of African art and artifacts that are exhibited at a monthly show where visitors not only sample the aesthetics but can also buy and carry it home. 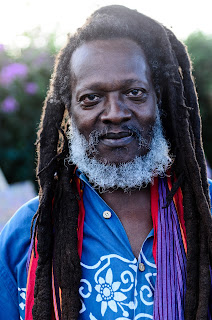 “We are creating and assembling what should become one of Kenya’s prime fine art markets, one day at a time,” says Elkana Ong’esa, who recently opened the African Institute for Culture and Development to train local sculptors and carvers in the finer techniques of creating works that are not only claiming world class status but also selling for millions of shillings in the global art markets.
Together with the dozens of quasi professionals who exercise their skills in Wakanyote’s garden, Ongesa belongs to the group of artists that has rejected the notion that commercialising art kills aesthetics.
“Those who tell us not to think about making money from our art are doing us a disservice,” he says vigorously opposing the myth that has only defined African art in terms of its functionality — either as utilitarian artifacts such as ceramic pots, calabash milk containers, and beautiful grass mats used for bedding, or as religious or ceremonial items used at special occasions such as circumcision.
Today, one could say that Africans still create art that is functional but not purely as “art for art’s sake”.
The difference is only that the functionality has to do with surviving in a 21st century world where millions of Africans are self-employed in the informal economy, there being too few jobs to go round in the formal sector.
In Kenya, art has in the past few years gradually taken its position as an important element of the “Creative Economy”, with immense and often untapped potential for generating growth and creating jobs.
Recent studies by the United Nations agencies have found that for a culturally diverse country like Kenya, creative art is one segment of the economy with a limitless growth potential in activities such as music, architecture, handicrafts, fine art, fashion and interior design, publishing and graphic design.
This is the reality that has escaped the minds of Kenya’s policy makers even as they grapple with the tough task of keeping jobs growth steady and in line with population trends.
A misunderstanding of its role in a modern economy is also the reason art was removed from Kenya’s list of examinable subjects in the national schools syllabus at the turn of the millennium after former President Moi roped it into the formal learning system in 1985.
Bear fruits
Though now on the periphery, the mainstreaming of art in the school system in the 1980s helped nurture and sharpen the skills of countless Kenyan artists who identify themselves as self-taught painters and sculptors, despite having taken art classes throughout their primary and,or, secondary education.
The Kibaki government deleted art from the syllabus upon coming to power in 2003, dismissing it as unnecessary and a waste of time.
That action has not prevented a few Kenyan artists from enjoying a good living off their art.
The list of successful artists includes Richard Kimathi, Peterson Kamwathi, Ehoodi Kichapi, Beatrice Njoroge, and Patrick Mukabi, among others.

As in any other segment of the economy, there are strugglers in the art-world who can only be best described as belonging to the jua kali market, whose occupants are doing their best to find ways of not only producing quality art but also exhibiting and marketing it both locally and internationally.
Share This Story
Share

The Sanaa Mbele Centre in Muchatha village hosts local artists from neighbouring Banana Hill, Ngecha, Ruaka, and Muchatha itself — a daily engagement that is only beginning to bear fruits.
“The artists are prolific, yet they haven’t had enough venues to exhibit their art,” said Wakanyote, a former gold medal winner in fine art. 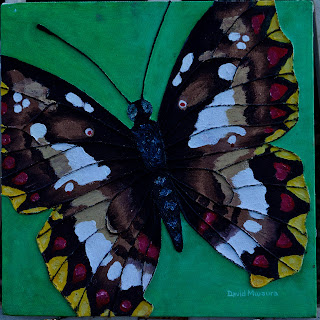 Better known as an actor, who performed regularly with University of Nairobi theatre groups in the 1980s, Wakanyote has in the past few years come back to his first love, painting and fine art.
His affinity for painting became especially clear in 2006 when he helped the Alliance Francaise produce what was then the most comprehensive catalogue of Contemporary Kenyan Art. His text and interviews are still some of the finest works yet to be done on Kenyan artists.
But Wakanyote was never one to rest on his laurels. He briefly became the chairman of the Banana Hill Arts Studio but has taken on a new and more entrepreneurial role, serving as both a mentor and link between local artists and the wider Kenyan art-world at the venue he calls Sanaa Mbele.
It all began a year ago when Wakanyote opened up his home in Muchatha for artists to come and paint in a nurturing, non-judgmental environment.
Because he already knew scores of local artists, Wakanyote’s initial goal was to debunk the myth that Africans do not purchase, own, or fill their homes with fine African art.
“My feeling was that artists needed more space in which to be creative and to share communally with one another,” said Wak as he is fondly known.
Echoing a sentiment that artists working across town in Hurlingham where Kuona Trust provides a communal setting to a small number of local artists, Wakonyote has also been keen to see Kenyans establishing their own arts enterprises, and not be dependent on foreign donors for handouts.
“We started an artist-in-residency program at Sanaa Mbele without support from any foreign donor,” says Wakanyote.
“We just knew there was room for artists to get together and create art,” he added, noting that the small lunches he provided for the artists who came to paint in his front yard came out of his own pocket.
This effort provided a home for artists like Shade Kamau, Martin Kamuyu, Martin Muhoro, and Wangari Mwagiru who had always wanted somewhere to go and work side by side with other artists.
“Some artists like to work alone, but others are social beings who love to feel the energy and inspiration of sharing ideas, materials and space with other artists,” said Kamau, who has been working at Wakanyote’s since the day he declared his home an open space for artists to congregate and paint to their hearts’ content. 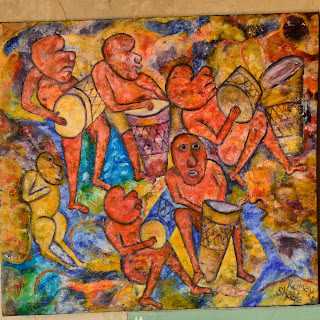 Claiming he is not much of a mentor or art tutor, Wakanyote says he prefers letting artists express themselves in their own way without constraints of any kind.

“At the end of every month, we have regularly had a weekend Sanaa Mbele Art Exhibition in which not only the artists-in-residence but other artists are free to exhibit and also sell their work on site,” he adds.
Share This Story
Share

Placing paintings on wooden easels around his compound, on veranda walls, and even inside his front living room, Wakanyote says the weekend exhibitions have not only been for the artists , but for the community at large.
“Back in the 1980s, there was something called ‘Sisi kwa Sisi’ where local artists took art to the people in the estates.
In a sense, we are reviving that idea, only now we are bringing art to the village as well as to the wider world community,” he adds.
But bringing art to the people is only one dimension of Wakanyote’s success.
Providing space for artists to communicate and affirm their roles in Kenya’s creative economy is also bearing fruit, since one can actually see the confidence and immense artistic potential coming to light in the progressive developments that artists like Shade Kamau, George Ngaruiya and Martin Muhoro have made in the past year.
Attract attention
There are those like Peter “Jimmy” Kiarie who had never painted before coming to Wakanyote’s artists community but has produced work that makes clear he’s got more than potential in the trade.
The centre has also helped trained painters like Wangari Mwagiru who recently returned to Kenya from University of Cape Town, to find a conducive space to experiment without stress or duress. 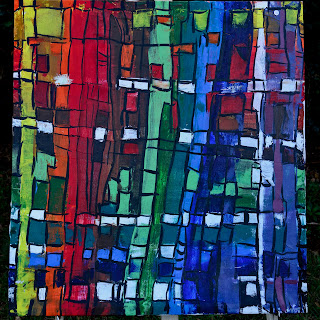 The centre has offered a sort of incubating environment wherein local artists have found a rare opportunity to share not only space, but art materials and an exhibition site that is beginning to attract attention from the wider Kenyan art world.
For instance, a brand new art centre that just opened in Parklands that has been taking some of the work produced at Sanaa Mbele and selling it in the blink of an eye.
Purity Senewa, like Wangari Mwagiru, also studied in South Africa with a focus on curatorial and arts administration, which is why she has been quick to make the connection between the artwork coming out of Sanaa Mbele and the potential for sales.
Wakanyote also sees the sale of contemporary Kenyan art as a high priority for the artists who stay and work in his art centre.
But he’s looking at the larger picture and defines Sanaa Mbele as meaning Kenyan “art advancing” in the broadest sense, achieved first by strengthening the artists’ sense of confidence and creative output and then, seeing how easily the sales can flow once artists have gotten rid of all the colonial hangovers that made them feel they had to wait until foreign funding arrived before they could create credible works of art.
‘One of the most important lessons I think we are learning is that we can all do a little something to advance Kenyan art; we don’t have to wait for someone from elsewhere to give us handouts.


We can be self-sufficient even if it’s on a small scale,” said Wak.
Share This Story
Share

“The idea is to promote one another and see the way we can advance without compromising our creativity.”
Posted by margarettag at 8:11 AM